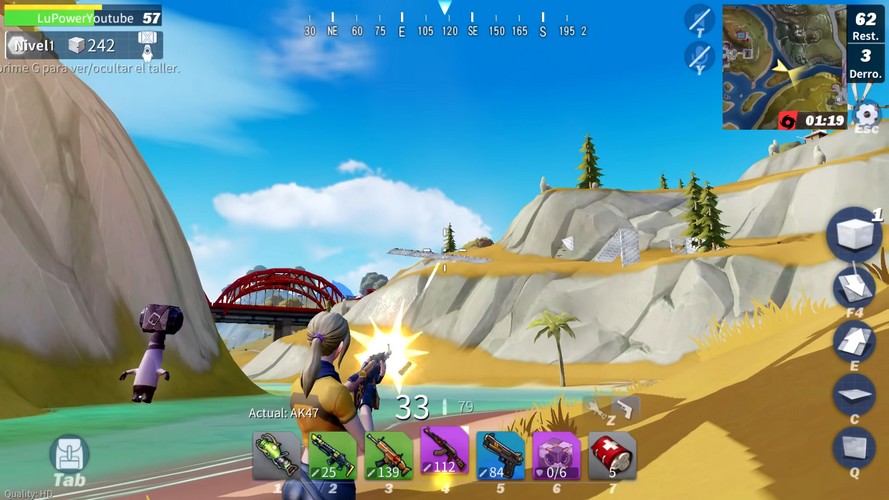 Since the increase of battle royale style games, there have been many survival shooter games that have taken the gaming world by storm. PUBG is one of the best examples of games that have gained traction over a short period and gained great popularity amongst gamers. It is an Android game that allows players to explore an extensive map and use weapons and vehicles to make sure that they beat the enemies and come out on top. The ability to revive other players and get gratification in the form of ‘Chicken Dinners’.

Creative Destruction is another sandbox survival game that pits a hundred players against one another and a thrilling bloodbath pursues. This game has a wide selection of weapons and it allows players to break pre-existing structures to get materials to make new structures. This is an added feature that makes the game much more exciting than the other games in the genre.

Since PUBG is a popular game, it is obvious that any players feel it is the best game in the genre. Players should, however, reconsider the game that they wish to engage in. Creative destruction not only allows players to build structures and create fortifications they have many additional features to ensure that this is an easier task as compared to other games with this facility. For example, it allows players to build a bunker to gain the high ground. This is a great feature that sets the game apart.

The game gives the players more options to customise their characters and give the game a personal touch. Right from details of the outfit to the weapons, the players decided to use and the skins for those weapons, the game offers players a wide variety of options. All of these options make the game much more exciting than PUBG and add spark to the game.

Creative Destruction allows players to select what mode they want to play the game in. with new modes being added when new updates release, the game is becoming very versatile. The game has a mode that makes the game a team effort wherein the aim is to defend the captain while your opponents try to eliminate them. These modes provide the game with some edge over its competitors.

Creative Destruction, contrary to popular belief, is not a replica of PUBG. Infact, Creative Destruction is the perfect combination of Fortnite and PUBG and it gives the player the best of the two games. This is why one should give this great game a try!do not miss out on the fun-filled action and go ahead and download today!