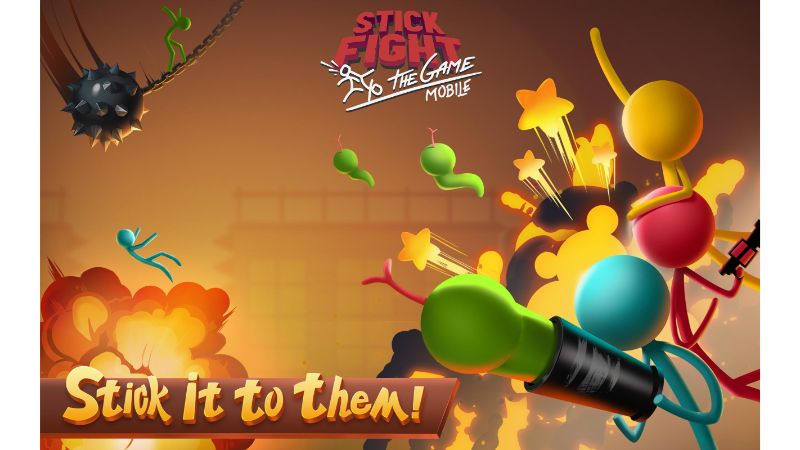 In Stick Fight: The Game, the variety of weapons is offered ranging from pistols to grenades and from snake to melee weapons. To use them in a better way, it is required to know about these abilities and benefits. Let’s go through the list of some of the weapons in the game.

Pistol
It works great in dealing with low to moderate damage and has a moderate fire rate and small ammo.

Uzi
This weapon has low damage but has a high fire rate and good ammo; it is also a good choice for knock back.

Revolver
One of the most unstable weapons in Stick Fight: The Game, the fire rate of this weapon depends on your clicking power, thus the hit to the target is slow when you fire it slowly.

Desert Eagle
It is a higher powered pistol having more damage and more recoil. Also, the size of Desert Eagle is bigger than an ordinary pistol.

God Pistol
This kind of pistol glows yellow and when the bullets of this pistol hit the target it creates a small explosion and can even destroy the pistol in your hand if this explosion is close to you.

Grenade Launcher
It is an explosive weapon that fires grenades and explodes after a very short period but deals damage in a large area. This weapon has a high fire rate and big magazine.

Thruster
It is an explosive weapon that fires small explosives and can stick to any object, even players as well. When it sticks to any players, it deals a small amount of damage.

RPG
RPG is the third kind of explosive weapon available in the game; it can shoot high damage rockets and enables wielder to fly on the map when a rocket explodes at a wall or the ground.

Snake Gun
Snake gun is one of the easiest snake weapons that look like a pistol and fires on snake at a time.

Snake Shotgun
This snake weapon is capable of launching 3 snakes in the direction of the aiming. It has the same recoil as in the normal shotgun. It looks similar to a shotgun but has green details.

Snake Grenade Launcher
This snake weapon fires grenades in an arc and explodes after a short period. This weapon fires 4 snakes in all four directions.

Lava Beam
This Lava weapon launches orange beams which are so powerful that it can penetrate through walls easily and causes instant kill.

Apart from these weapons, there are many weapons which you will find while playing the game.