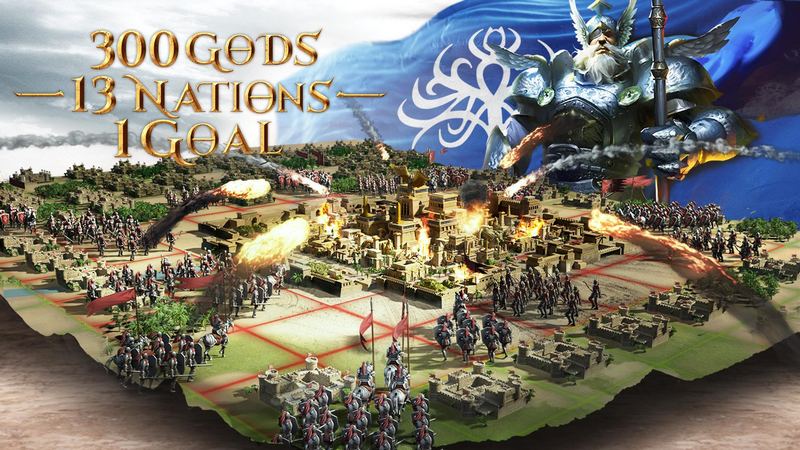 Immortal Conquest is a great battle style game that allows players to enjoy several different aspects of gaming combined in one compact yet action-packed experience. Immortal Conquest allows players to battle opponents and capture pieces of land from over 2 million pieces of land. You can plan to build them and even choose different types of troops to train and use in the battlefield.

Several different types of teams can be formed in the game. Immortal Conquest allows players to create teams of three or five to engage in combat against a similar team of different players. The aim is to defeat the other team to gain rewards and be declared victorious. The teams are divided into categories according to the purpose they serve.

Explore teams are used to assess the enemies strength and formation to determine what kind of gameplay will be required to defeat them. This helps one save energy and resources because it is easier to determine the effort that is required for the conquest.

You require at least one or two of these teams in every battle corp and the cavalry is the right kind of troops to perform this task.

A henchmen team is very important in the game of Immortal Conquest. This team aims to occupy empty spaces as quickly as possible. The front line troops can help with the raids and one of the core teams.

Every player that is battling on the front line should configure a team of henchmen.a single class of cavalry will be able to move faster and occupy space.

This team cleans up battle remains and is the main force behind night raids and to tear down walls. Try to configure as many such teams as possible. If you have, for example, ten such teams it is easy to take over a city or for one night.

With these distinctions and the purpose of each team is specified, one can easily navigate their way through Immortal Conquest and make the best use of their resources.