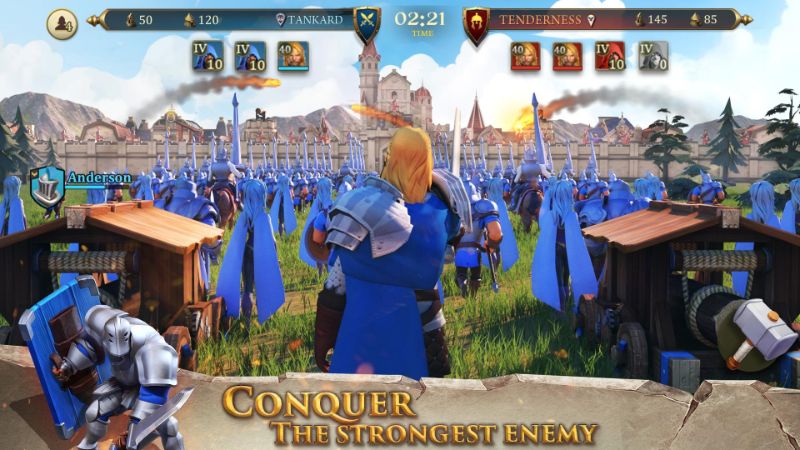 The Military system is considered as one of the important parts of Legend: Rising Empire. In this gameplay, you have to build and expand your empire and to keep it protected from your enemies you have to fight with them, so in that case, you have to use your military system. It consists of various serious elements, which many players are unaware of.

Here, you will get to know about various important components/elements of the military system in Legend: Rising Empire.

Obviously, when you want to fight with anyone, you need various weapons and equipment, and in this game, these elements are mostly gained from the weapon construction production of your city. Moreover, you can also get them from shopping malls and from taking part in the trade among players or NPC cities.

Must read: Legend Rising Empire for PC & Mac for Free

Just having a lot of weapons and equipment are not enough for the battle; you must have powerful soldiers with weapons. In this game, you will find eight types of soldiers, including archers, divers, cavalry, shield guards, and others. You can match different weapons and soldiers based on your preferences.

Attendants have unique gifted skills that make them an important part of the military system. They are helpful in bringing valuable effects on various kinds of troops and buildings, and they are also helpful in legion’s attack power and matching speed. They are allowed to be part of city’s attack and defense.

In each battle, the Lord stands in the front line and is the first person to attack as well as the first one to attract firepower. It clearly indicates that a Lord’s strength plays a great role in the outcome of every battle.

It helps you in defending castles using the number of walls and gates which you have to build in order to protect your people from the enemies. In addition to this, you can also build crossbow turrets to fight back as it works great in delaying the marching speed of your enemy.

Apart from the above mentioned key elements, Legend: Rising Empire has many additional elements which are part of the military system. These include execution, population, alliances, and others.

These important elements of military system in this gameplay have their own importance in helping you in gaining success in every battle. So, keep them in mind when you start playing Legend: Rising Empire.